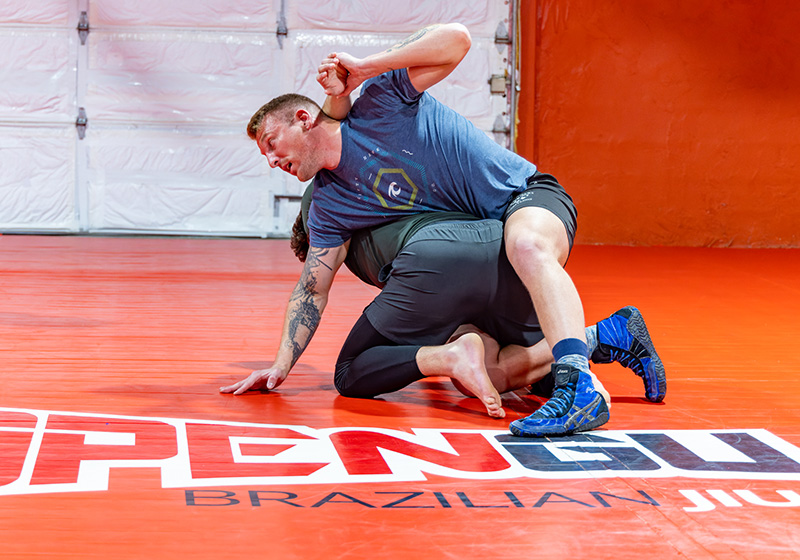 Wrestling gives you the tools to off-balance your opponent and bring them to the ground.  Our program is based on Folkstyle, Freestyle and Greco-Roman wrestling, and it incorporates various stand-up, takedown and ground fighting martial arts including sweeps, trips, and clinching (Kickboxing/Muay Thai), lateral throws, head & arm throw, and hip toss (Judo), side guard, side control, half guard (Brazilian Jiu-Jitsu) as well as all the traditional grappling offensive and defensive moves.

The benefits of Takedown Wrestling are many and will help your overall game whether you’re a stand-up fighter, takedown master or grappling practitioner.

If you want to expand your fighting skills or focus on Takedown Wrestling, come in for a free class trial form and experience firsthand a fun and effective fighting system.